Steve Harvey was once again in hot waters after a memo intended for his staff was leaked. For most people, it was deemed too harsh and totally inappropriate for a boss. The email contains several warnings and prohibitions to his staff.

For instance, he said that if they open his dressing room door, they have to expect to be removed. He also told them not to speak with him directly when he is on his makeup chair unless he speaks with them directly. He even said that his security team will stop anyone trying to approach him without permission. Most of all, he wants everyone to schedule an appointment before speaking with him.

After the backlash, Steve even doubled down and said he won’t apologize for his words. He said that he has lost his privacy because anyone can just freely approach him. He said that it took his privacy away so he wanted to continue doing the show a little different that it used to. He admits though that he should have handled the situation quite differently.

This email was sent to his new staffers in Los Angeles where his show is moving to. Most of his Chicago staffers are not joining him in California. In a separate report, it was suggested that those staffers were not even given the chance to join him as he moved the show to a different location. He barely even notified them regarding the changes.

People have mixed views regarding Steve’s approach. Some people said that it was totally justified as he is also a human being who needs privacy. There were celebrities who also came to his defense as they totally understood where he was coming from. Privacy is definitely an important matter for celebrities since they barely even have one. They are always in the eyes of the public. Even while they are out having fun and relaxing, paparazzi are all over the place keeping an eye on them. In a way, his intentions were totally understandable.

However, the manner in which he executed the memo was really rude and is something that business owners and managers should not emulate. Employees should be treated well. They are the lifeline of the business. Without them, everything else will fall apart. His TV show is still a business by nature. It continues being on air because it easily pulls audiences to watch and it encourages advertisers to spend more money.

Therefore, Steve needs to treat his employees better. There are a lot of ways to handle the situation. He could have called the team leader or someone from his HR department to deal with his issues. He can also speak with those who have been causing him troubles individually. They would have understood it if they spoke with him in private regarding his personal wishes. He could have also done it in such a way that the employees would feel as if a friend was just asking them a favor. 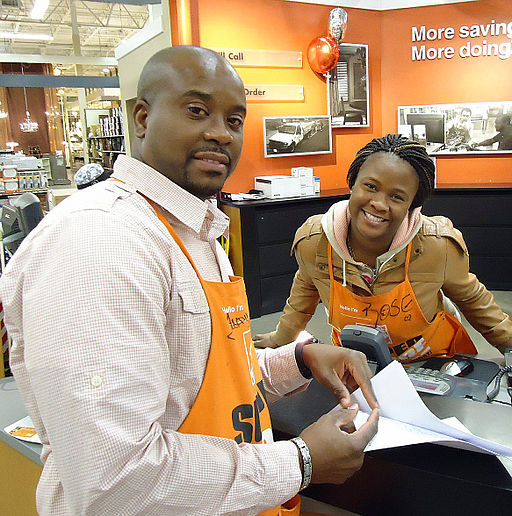 The problem with this situation is that Steve thinks as if his employees are all his subordinates whom he can command as he wishes. This is a quality which is not unique to him. Many other bosses feel the same way. This culture has to change. Most employees are working really hard for a much lower way. At the very least, they should have gotten a nicer treatment.

2nd image by Tomwsulcer (Own work) [CC0], via Wikimedia Commons